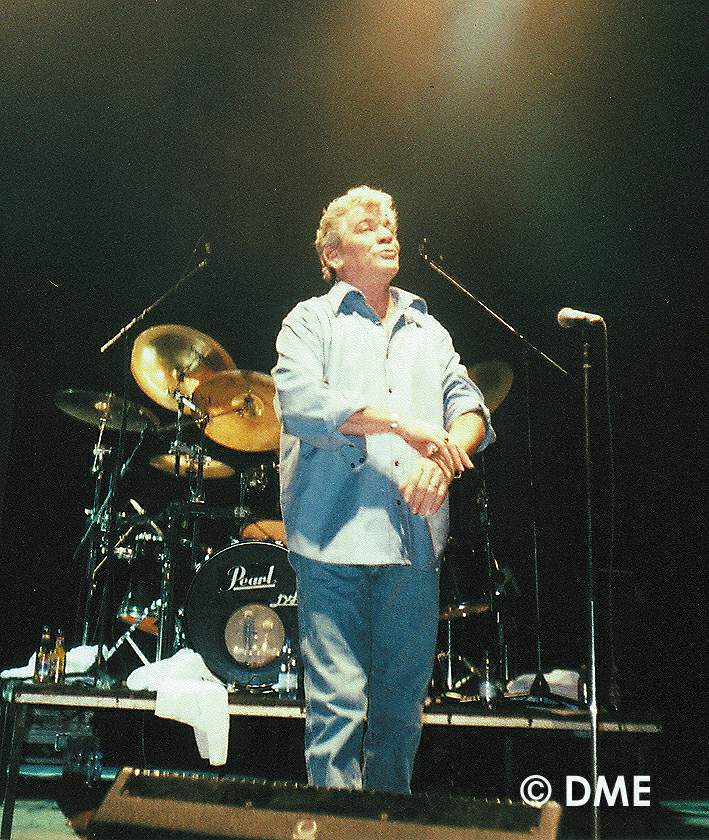 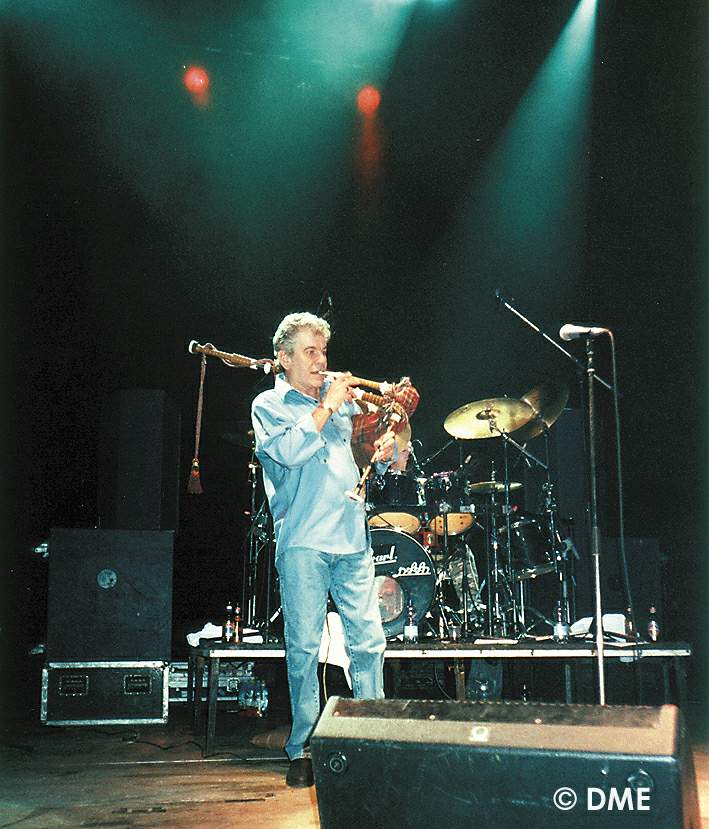 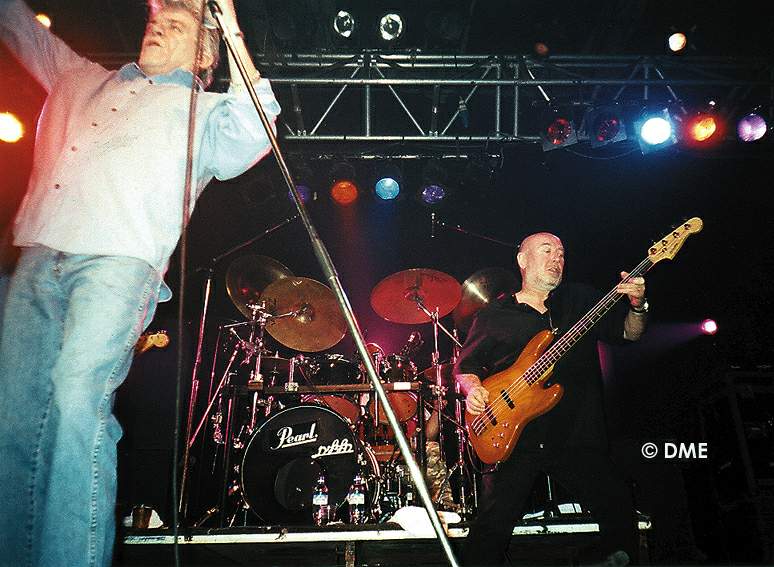 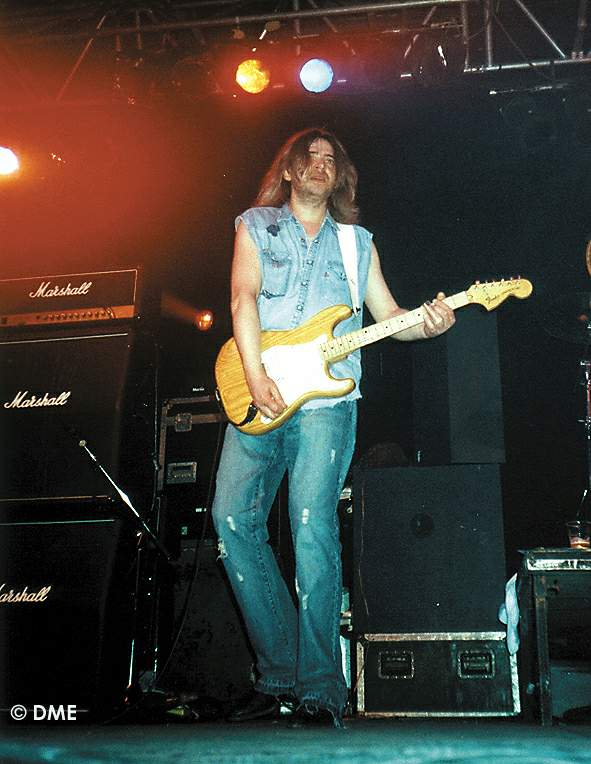 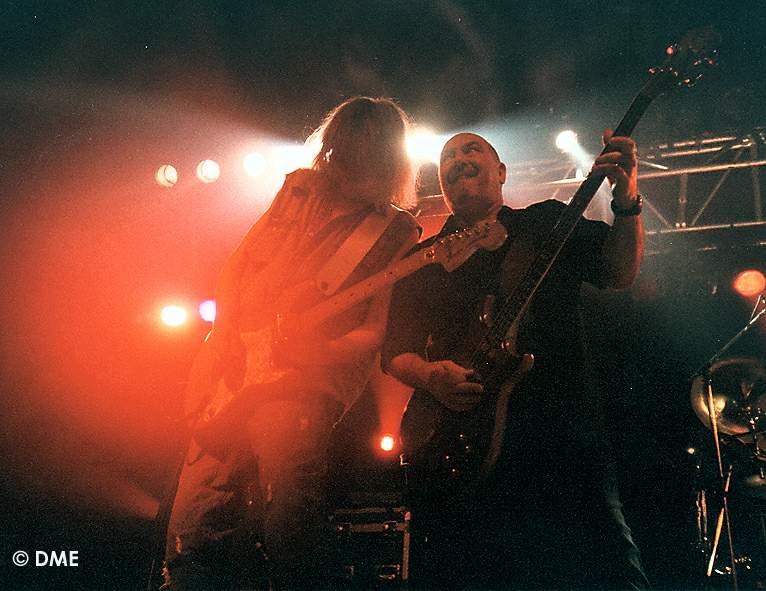 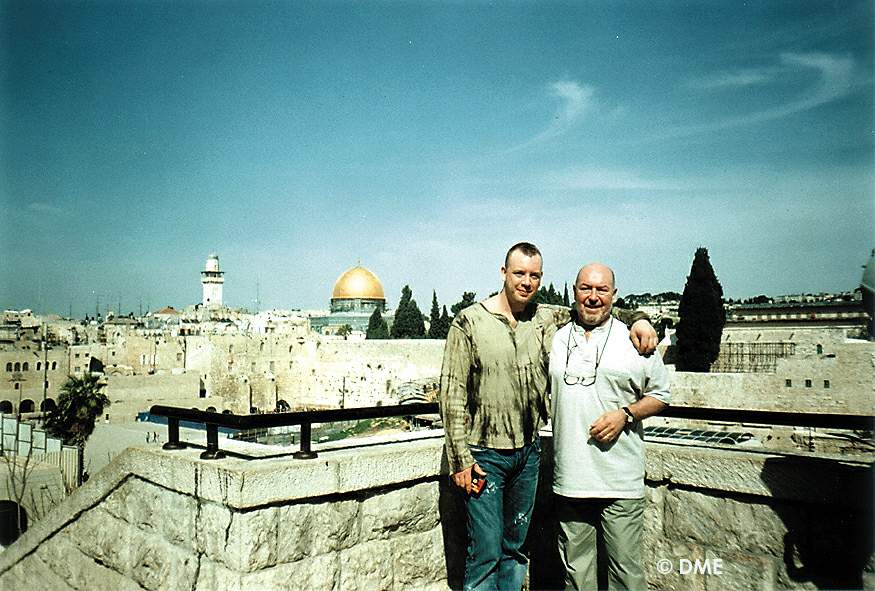 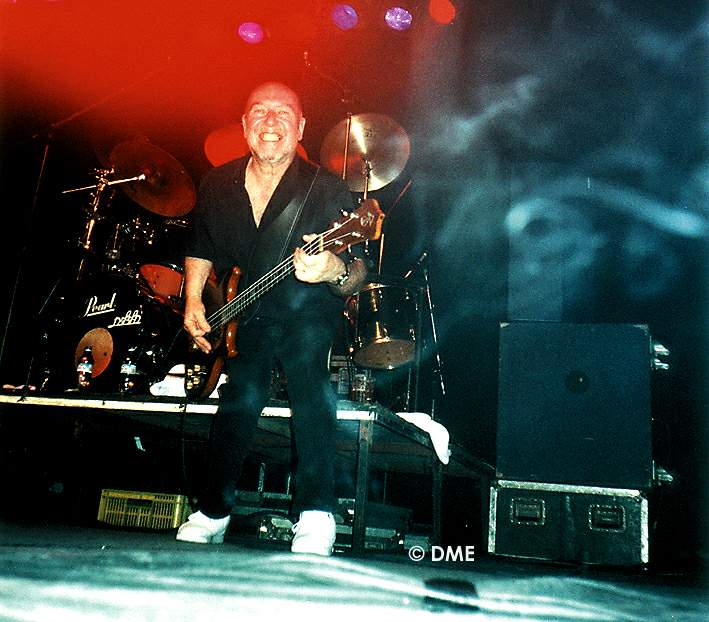 “We haven’t come to be clever” might be the codephrase for NAZARETH’s Israeli experience, very appropriate – unlike that other line, “You bring the wine, we’ll bring the weather”. The weather was fine, over 30 degrees, lulling the band who arrived in Israel to bring the joy and find the joy, having come from freezy Moscow with a brief visit home on the way. That’s why they were reasonably tired and had no time to visit Nazareth, but – except for venues in Haifa and Tel Aviv where the group played and a seaside town where they stayed – the Scots chanced to see Jerusalem. For Pete Agnew decided it just wouldn’t be right to be in Israel and not drop by the place.

Not everybody, though. Not everybody had the strengths to do so. More kudos, then, to the musicians, especially the original two, Pete Agnew and Dan McCafferty, who aren’t that young now, yet in terms of durability far ahead of Jimmy Murrison and Lee Agnew. They were a bit nervous, nevertheless, hitting the road to the first show, and immediately asked the van driver to switch off the radio… which was blasting off their own “We Are Animals”. So it was rather handy, then, for this writer to phone Mick Box, who visited the country three times and said to his old friend Pete something cheerful that raised the spirits. Adding to that, Dan was exchited to hear about yours truly’s reconnection with his lost pal, now living in Poland and having written a letter after finding a link to Agnew’s interview on the Naz’s site. Spirits got higher and higher.

And spirits were flowing, too. On the way from Haifa, McCafferty walked to and fro on the bus to fill one glass after another, and while the traffic jam at 3 AM did surprise the Scots, the explanation that the reason for police checkpoint could be some terrorists didn’t frighten anyone – quite the opposite once it became clear the net had been set for drunk drivers. What came as a surprise was the fans’ behaviour: not the scuffle between the stoned punters and security guys but a demand from some jerks to give their money back when the support band finished their set and NAZARETH still didn’t start.

Others were elated, of course, getting hot while the talk in the dressing room revealed that Dan likes – who’d think that! – Elvis Costello, and – another surprise – the band liked Israeli beer, “Goldstar” and “Maccaby”. Well, yes, if there’s a “Mac” on the label, why not, eh? They’re proud to hail from Scotland, they still live just outside Edinburgh, and McCafferty still blows his bagpipe on “Hair Of The Dog”. The obligatory hits were played, yet some songs teased the old fans much more, rare cuts like Frankie Miller’s “Danger Danger”, “Night Woman” off the “Razamanaz” LP, “Kentucky Fried Blues” from “Expect No Mercy” which some forgot or “This Month’s Messiah” off “The Catch” that many don’t listen to. The absence of expected “Telegram” had been made up for, then. More than that, with the vigor the band rolled on: they loosened the reins for people to relax only with “Love Leads To Madness”, “Dream On” and “Love Hurts”. And relaxed themselves the following morning – the Agnews and the crew in Jerusalem, and Jimmy, Dan and the tech called Robert Kennedy whose birthday that was, in the hotel.

They were impressed to see the holy places, to buy souvenirs joking about how tight the Scots supposed to be, and to walk down the narrow streets that saw so much. One of those appeared to be called Ha-Tupim, The Drums, so Lee surely couldn’t walk away without being pictured – and then went on to buy a darbuka. The mood was even greater than the day before, Agnew Jr. even took a swim at the sea while we were having lunch with Dan, so at the second show NAZARETH fired off even more powerful.

“Let’s say big ‘Yes!’ to Israel!’ proclaimed Pete before leaving the dressing room – and the country. NAZARETH promised to get back. They liked it that much. And they still have to visit Nazareth…

One Response in another blog/article